For to us a child is born,
to us a son is given,
and the government will be on his shoulders.
And he will be called
Wonderful Counselor, Mighty God,
Everlasting Father, Prince of Peace.
— Isaiah 9:6.

The goal of transcending violence is advanced by the capacity to generate, mobilize, and build the moral imagination. This faculty rests on four capacities:

To foster moral imagination, we must understand the dynamics of protracted violence, the destructive legacy such violence leaves, and why breaking these violent patterns is so difficult. In addition, we must explore how the creative process can help to bring about social change and transform human relationships.
— John Paul Lederach from The Moral Imagination: The Art and Soul of Building Peace

We will not build a peaceful world by following a negative path. It is not enough to say we must not wage war. It is necessary to love peace and sacrifice for it. We must concentrate not merely on the negative expulsion of war but on the positive affirmation of peace. We must see that peace represents a sweeter music, a cosmic melody, that is far superior to the discords of war. Somehow, we must transform the dynamics of the world power struggle from the negative nuclear arms race, which no one can win, to a positive contest to harness humanity’s creative genius for the purpose of making peace and prosperity a reality for all the nations of the world. In short, we must shift the arms race into a peace race. If we have a will – and determination – to mount such a peace offensive, we will unlock hitherto tightly sealed doors of hope and transform our imminent cosmic elegy into a psalm of creative fulfillment.
— Martin Luther King, Jr. from The Quest for Peace and Justice (Nobel Lecture, December 11, 1964)

The Real Meaning of Peace

Let me tell you about Pauline. She came to our community in 1970, hemiplegic, epileptic, one leg and one arm paralyzed, filled with violence and rage. It was not easy to live in one of our small homes with her. Our psychiatrist gave us good insight and advice: her violence was a cry for friendship. For so long she had been humiliated, seen as hardly human, having no value, handicapped. What was important was that the assistants take time to be with her, listen to her and show their appreciation for her. Little by little she evolved and became more peaceful and responded to their love. Her violence disappeared. She didn’t particularly like to work in our workshops, but she loved to sing and to dance. When she was quite a bit older I would go and visit her. Sometimes she would put her good arm on my head and she would say “poor old man”. It takes a long time to move from violence to tenderness. The assistants who saw her initially as a very difficult person, began to discover who she was under her violence and under her disabilities. They also began to change. They discovered that for a person, growth was not primarily climbing the ladder of power and success, but of learning to love people as they are. Love, in the words of St Paul, is to be patient, to serve, to bear all, to believe all, and to hope all.

Isn’t it vital that the culture of winning so common in our societies today, be transformed? This culture of winning means that few people win, and many lose. Those who cannot win are shoved aside, and very quickly society becomes divided. On one side are those who are gaining and producing money and goods, and on the other, those who need to be looked after. A terrible rift is created between winners and losers, between the so-called normal and the so-called abnormal, between the rich and the poor.

The social difficulties then become enormous. The winners must look after, in every way and in particular financially, all the losers. With medical advances, more fragile people live, lifespans lengthen, and the losers increase in number. Many young people, disillusioned in the face of societies built for winners, take to drugs and alcohol because of their sense of not making it. So we find large numbers of people of all ages and abilities or disabilities in need, and few winners willing to support them. Very quickly people entertain talk of eliminating the weakest to “solve the problems”. We risk moving towards a philosophy of a perfect race, instead of welcoming the poorest and weakest among us, who transforms us.

For peace, people must meet across differences. I say to meet people, not just to send them money and offer better professionals. All need to change. Fear must be changed into openness. Those on the rich side need to change and open their hearts to those on the other side. Those on the needy side also need to change; from anger, anguish, depression and a sense of being victims of a society, they must become agents of hope and of love. They too need to be awoken to love.
It is only as we meet and share together person to person, eye to eye, and heart to heart that we discover what it means to be human and to discover the joy of being together, working together towards a common mission of peace and unity. It is only moving from winning and loneliness to collaboration, and from hostility to seeing enemies as friends, that we discover the real meaning of peace.
— Jean Vanier from Transforming our Hearts (Templeton Prize) 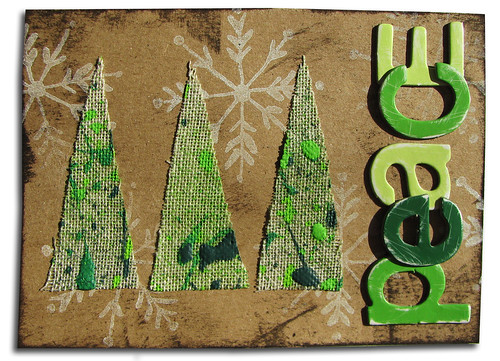 Join 1,410 other followers
Follow My Soul In Silence Waits on WordPress.com
The fruit of prayer is a deepening of faith. The fruit of faith is love, and the fruit of love is service. But to be able to pray we need silence; silence of the heart. And if we don't have that silence, we don't know how to pray.
— Mother Teresa from Where There Is Love, There Is God