Seeking the face of God in everything, everyone, all the time, and his hand in every happening; This is what it means to be contemplative in the heart of the world. Seeing and adoring the presence of Jesus, especially in the lowly appearance of bread, and in the distressing disguise of the poor.
― Mother Teresa from In the Heart of the World: Thoughts, Stories and Prayers

At this Holy Instant, we celebrate the Birth of Jesus Christ
Into the great religions of the world.
We jubilate the precious advent of trust.
We shout with glorious tongues at the coming of hope.
All the earth’s tribes loosen their voices
To celebrate the promise of Peace.

Science is no longer, nor should it ever have been, our enemy; instead quantum physics, biology, and other academic disciplines are revealing that science is our new and excellent partner, much better than philosophy ever was. Truth is One. If something is spiritually true, it will also be true in the physical world, and all disciplines and all religions will somehow be looking at this “one truth” from different angles, goals, assumptions, and vocabulary. If we are really convinced that we have the Big Truth, then we should also be able to trust that others will see it from their different angles—or it is not the Big Truth.

No one wants to be our enemy unless they assume that we ourselves have chosen to live in our own small tent and cannot or do not want to talk to them on their terms. Christians have too often assumed ill will and been far too eager to create enemies instead of realizing that others often enjoyed very similar “good news” inside of different packaging.

As my colleague and fellow Living School teacher Cynthia Bourgeault says, “We begin to discover that our Buddhist and Jewish and Islamic and Hindu friends are not competitors. Religion is not a survival of the fittest. There is a deep understanding that we all swim together or we sink together. Each religious tradition reveals a color of the heart of God that is precious.”

Big Truth is written in reality itself before it was ever written in books. If you say yes to Reality, to “what is,” you will recognize the same truth when it shows itself in anyone’s sacred scriptures. If you do not respond to the “good, the true, and the beautiful” (the three qualities of being) in daily reality, I doubt if you will ever see it in the best Bible translation in the world. If it is the truth, it is true all the time and everywhere, and sincere lovers of truth will take it from wherever it comes. If it is true, it is common domain, and “there for the mind to see in the things that God has made” (Romans 1:20). Or, as Aquinas was fond of saying, quoting Ambrose (another Doctor of the Church), “If it’s true, it is always from the one Holy Spirit.” The important question is not, “Who said it?” but, “Is it true?”
― Richard Rohr adapted from Immortal Diamond

It is not we who seek the Way, but the Way which seeks us. That is why you are faithful to it, even while you stand waiting, so long as you are prepared, and act the moment you are confronted by its demands.
― Dag Hammarskjöld from Markings

The “Christ Mystery” is much bigger than Christianity as an organized religion. If we don’t understand this, Christians will have little ability to make friends with, build bridges to, understand, or respect other religions or the planet. Jesus did not come to create a country club or a tribe of people who could say, “We’re in and you’re out. We’ve got the truth and you don’t.” Jesus came to reveal something that was true everywhere, for everyone, and all the time.

Many Christians have a very limited understanding of Jesus’ historical or social message, and almost no understanding of the Cosmic Christ—even though it is taught clearly in Scripture (see John 1, Colossians 1, Ephesians 1, 1 John 1, Hebrews 1:1). Christ is often taught at the very beginning of Paul’s and other New Testament authors’ writings, yet we still missed it. But you can’t see what you were never told to look for. Once you do see the shape and meaning of this cosmic mystery of Divine Incarnation, you’ll be able to see that the Presence is everywhere—and the archetypal Jesus will not be such an anomaly, accident, or surprise.

God is saving everything and everybody, it is all God’s emerging victory, until, as Paul says, “God will be all in all” (1 Corinthians 15:28). If Christ is truly the “savior of the world” (see John 4:42), then God’s shape, form, meaning, and message are all far bigger than any single religion. Talking to the intellectual Athenians, Paul is wise enough to say: “God is not far from any of us. It is in him [sic] that we live and move and have our very being” (Acts 17:28) …

… Too many Christians have started and stopped with Jesus, never coming to know the Universal Christ. Many who are not Christian have started with the Christ by some other name—after all, there is only One God, One Love. I have met Hindus and Jews who live happily and fruitfully inside this hidden Christ Mystery, and I have met many Roman Catholics and Protestants who are running away from any notion of an all-pervading, loving Presence. Their stinginess and exclusivity gives it away.

For those of us living in the 21st century—an age of globalization, mass migrations, and increasingly multi-religious and multi-ethnic societies—mutual understanding and respect, based on religious pluralism rather than religious exclusivism, are extremely critical to our survival. The insights from the perennial tradition have much to contribute in developing and strengthening multi-faith relations. Its insights help to combat religious discrimination and conflicts between and within religious traditions, and to develop more pluralistic paths of religious spirituality. Today . . . we see scholars and spiritual teachers forging new, more inclusive spiritual paths that recognize other religious traditions as sources of insight and wisdom. They are informed by the teachings and spiritual practices (meditation and contemplation) of multiple religious traditions.
— John L. Esposito from The Perennial Tradition, Oneing, Vol. 1, No. 1 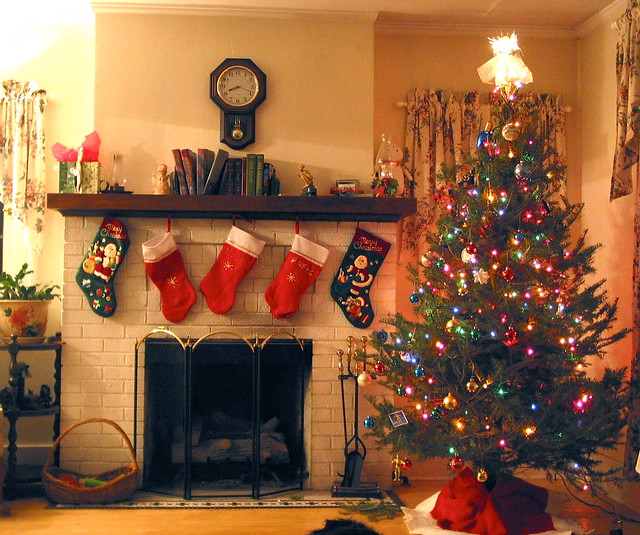