The tree awakened earlier than usual one morning and stretched her arms toward the horizon as if to invite the early rays of dawn into her world. She shivered with delight, wiggling her roots in the muddy earth, which had only recently yielded its frozen hardness.

She sensed something was different. Her roots seemed to be extending further and more firmly into the soil. Her arms seemed to embrace more of the world, not with the timid gestures of a sapling afraid of tangling with the wind, but with the freedom of knowing that the wind could not topple her.

“I have survived the winter!” she marvelled aloud.

“How wonderful,” whispered the dawn, who had a facility for appreciating new miracles no matter how often they occurred. She swirled around the tree in a ritual of blessing, enveloping her gently, making her feel very special.

“How very different this feels,” mused the tree, for a few short weeks ago the melting earth beneath her roots had sent shivers of panic through every single branch, She had cried out in alarm then, sensing that she might sink into the earth] and lose herself. often during the cold winter…., while she had trembled with anxiety she had felt an inner voice — a small but steady voice — which remained fluid and alive when everything else in her seemed paralyzed.

But now — now! — she was filled with the realization that her inner life was in harmony with the world outside. She relaxed the tight fibres of her being which she had unwittingly held rigid during the cold gray months.

“I have survived the winter!” she exulted.

“You have survived the winter!” the birds echoed, hopping eagerly from branch to branch, bouncing on the tender extensions of herself that the tree had not even noticed.

This one word, spoken softly and reverently, was all the tree could manage as she examined the white buds beginning to show through the tips of her branches, once held hard-clenched against the winter winds.

I have survived the winter,” the tree sighed, “and I have grown!”

Days passed, and the energy within her fairly exploded, spilling out into dusters of lovely blossoms. She watched each day as they grew larger and more beautiful.

A blush of pink coursed through her petals. The tree stood speechless.

You have survived the winter because you are, and were, and always will be very much loved,” said the sun. “For that small place deep within you that remained unfrozen and open to mystery, that is where I have made my dwelling. And long, long before you felt my warmth surrounding you, you were being freed and formed from within in ways so deep and profound that you could not possibly know what was happening.”

“I…I…I had hope,” she whispered, noticing that the words seemed to come from that inner space deep within her.

“Yes, you had hope,” sparkled the sun. You trusted in life and that is what enabled you to grow. For if you had no hope and trust in the centre of your being, you could not have blossomed into you.”

This was almost too much joy for the tree to hear. No words would come, and no words were necessary.

Weeks passed and the tree became a part of life in the meadow. She caught the kites of children who gathered nearby, and happily tossed them back again.

“You are a good sport,” they said to her. “We will call you Friend.”

A young couple sat in the shade of her thickening leaves and spoke of their love for one another. “This is a special place,” they said, and they left their initials on her toughened bark.

“We shall call you Keeper of Secrets,” they said to her.

A tired woman, bent with care, walked silently through the meadow, oblivious to everything except her own worries. She did not notice the tree.

“Come and rest for a while,” whispered the tree, but she finally had to toss a piece of fruit onto the path before the woman saw her. Wearily, the woman sat and ate the fruit, and pondered deeply. The tree could feel the woman relax as she rested against her trunk.

Finally the woman stood up. “Thank you,” she said and embraced the tree. The tree winced, for the woman had touched a spot that had not healed from the winter’s ravages — a spot that remained vulnerable even though the spring and summer months had been good to her. The woman seemed to notice and caressed the spot thoughtfully. At that moment there was a oneness — a sense of understanding between the troubled woman and the tree.

“I will call you Hope,” whispered the woman, and touched her again with affection and gratitude.

Long after her fruit had been shared and she began noticing touches of scarlet in her leaves, the tree still carried deep within her the memories of all her experiences.

“Who could possibly have imagined all that has happened to me?” she said to no one in particular.

And then addressing herself to the sun, she said, “…except you!”

“Have you seen? Have you heard?” she asked eagerly. “I am needed! I am wanted! I am named! Aren’t they beautiful names? I am called Friend, and Keeper of Secrets, and Hope.”

“Indeed,” replied the sun, splashing a smile across the evening sky. “And what is the name I have given you?”

“You named me?” the tree asked, astonished at her lack of awareness. “Long before you were a seedling,” the sun replied solemnly. “What do you call me?” she asked. Watching the sun slide behind the farthest hill, she stood motionless, waiting in the promise of the newly-painted sky.

“What do you call me?” she asked again in the stillness of the night. The small voice from within said,”You are called Faithful.”

“You are called Faithful” blinked the evening star, as if to reassure her.
— Mary Fahy from The Tree That Survived The Winter 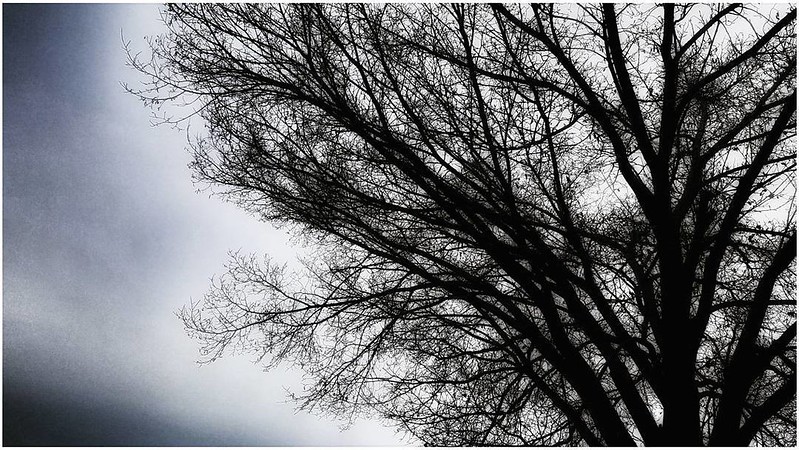