The spiritual journey is not a career or a success story.  It is a series of humiliations of the false self that become more and more profound. These make room inside us for the Holy Spirit to come and heal. What prevents us from being available to God is gradually evacuated. We keep getting closer and closer to our Center. Every now and then God lifts a corner of the veil and enters into our awareness through various channels, as if to say, “Here I am. Where are you? Come and Join me.”
— Thomas Keating from The Human Condition: Contemplation and Transformation

The path of descent is the path of transformation. Darkness, failure, relapse, death, and woundedness are our primary teachers, rather than ideas or doctrines.
— Richard Rohr from Yes, And . . .

Yes, we are carrying our own death warrant with us, but it is teaching us not to rely on ourselves, but on a God whose task is to raise the dead to life.
— 2 Corinthians 1:9

The ego always insists on moral high ground, or as Paul brilliantly puts it, “sin takes advantage of commandments to mislead me, and through obeying commandments kills me” (Romans 7: 11,13). This is a really quite extraordinary piece of insight on Paul’s part, one which I would not believe myself were the disguise not so common (e.g., celibate priests focusing on birth control and abortion as the core of evil, heterosexuals seeing gay marriage as the ultimate threat to society, liberals investing in some current political correctness while living lives of rather total isolation from the actual suffering of the world, Bible thumpers ignoring most of the Bible when it asks them to change, a nation of immigrants being anti-immigrant, etc.). We see that the ego is still in charge, and it just wears different disguises on both the Left and on the Right side of most groups and most issues.

It is the imperial ego that has to go, and only powerlessness can do the job correctly. Otherwise, we try to engineer our own transformation by our own rules and by our own power, which is by definition, therefore, not transformation! It seems we can in no way engineer or steer our own conversion. If we try to change our ego with the help of our ego, we only have a better-disguised ego! As physicist Albert Einstein frequently said in a different way: No problem can be solved by the same consciousness that caused the problem in the first place.

Jesus used the metaphors of a “grain of wheat” or a “branch cut off from the vine” for this arrogant ego; Paul used the unfortunate word “flesh,” which made most think he was talking about the body. So some bible translations now call it self-indulgence,” which is much closer to the meaning. But both Jesus and Paul were pointing to the isolated and protected small self. And they both said it has to go: “Unless the grain of wheat falls on the ground and dies, it remains only a single grain; but if it dies, it will yield a rich harvest” (John 12:24). For Paul, the “flesh” or ego cannot get you where you want to go (Galatians 5:19). Its concerns are too small and too selfish.

An ego response is always an adequate or even wrong response to the moment. It will not deepen or broaden life, love, or inner laughter. Your ego self is always attached to mere externals, since it has no inner substance itself. The ego defines itself by its attachments and revulsions. The soul does not attach nor does it hate; it desires and loves and lets go. Please think about that, it can change your very notion of religion.
— Richard Rohr from Breathing Under Water 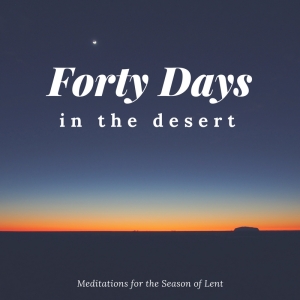