O holy night, the stars are brightly shining
It is the night of our dear Saviour’s birth
Long lay the world in sin and error pining
Til He appeared and the soul felt its worth
A thrill of hope the weary world rejoices
For yonder breaks, a new and glorious morn
Fall on your knees, oh hear the angel voices
O night divine
O night when Christ was born …
— O Holy Night (composed by Adolphe Adam in 1847 to the French poem “Minuit, chrétiens” by Placide Cappeau)

Amazing that we made Jesus into the consumate answer giver because that is not what he usually does. He more often leads us right onto the horns of our own human-made dilemmas, where we are forced to meet God and be honest about ourselves. He creates problems for us more than resolves them, problems that very often cannot be resolved by all-or-nothing thinking but only by love and forgiveness.
— Richard Rohr from Prepare for Christmas

Each Sunday morning at the jail I celebrated three Masses, and the third one was with the women. Jailed women always feel so bad about themselves. Society holds the common notion that men are supposed to go to jail, men ar bad. But society says women aren’t bad; women are good; women have children; woman are empathetic; women do not go to jail. Yet women in jail carry a lot of guilt and shame. They often asked me, “Why am I here? What is wrong with me?”  The women felt so guilty because their children were at home, and these mothers were in jail. How could a mother tell her children that she is in jail and let her children think that Mom is a bad person?

These women must dig into places inside themselves that you and I don’t have to dig into. Religion of itself is not enough for such women and men. These women and men must scratch their way back to fail, and when they get there, it is often the real thing. We always said, “Religion is for people who are afraid of hell or afraid of God, whereas spirituality is for people who have been through hell and ‘undergone’ God.”

We nice guys don’t usually have to scratch our way back to faith. We’re comfortable with external religion and polite morality for a long time. God will lead each of us, I am sure, but by a different path, so that all religion one day has to be faith, love, humility and surrender – or it is not true religion! None of God’s “little ones will be lost.” And we are “one of those little ones” too, just in a different way.
— Richard Rohr from Prepare for Christmas

Francis of Assisi, like Jesus, refused to exclude things from the garden of grace; there is no exclusionary instinct in either of them—except toward exclusion itself! This is at the heart of the Gospel and Franciscan spirituality. Francis had a genius for not eliminating the negative, but instead using it, learning from it, and thus incorporating it. He goes to the edge and the bottom of society, he kisses the leper, he loves the poor, he wears patches on the outside of his habit so that everybody will know that this is what he is like on the inside. He doesn’t hide from his shadow self, but advertises it. So much of religion has taught us to deny or hide our shadow, which forces us into a fatal split from foundational reality. If we begin by distinguishing between the “holy people” and the “unholy people,” we end up with what we have now, which is largely an exclusionary religion. We don’t have a strong passion about what we are for, but we just know what we are against, what is wrong, what we must not do, and who is sinful. I really wish that was not an overstatement …

Just as we grow by ultimately accepting and forgiving our own failures, conscious people, like Jesus and Pope Francis, are able to say about others, “Who am I to judge?” (Luke 12:14). That’s quite the opposite of religion as exclusion! In my fourteen years as a jail chaplain, I met people who had done things that are wrong, sinful, immoral, or “bad”; and yet when I drew close to a particular life, I found that the human heart was most often either sincere, mistaken, or afraid. Inside of that frame they sought apparent good but not the true good. It did make them do some stupid things, for which they are now suffering because evil is its own punishment. But, in fact, the human heart has a kind of tenderness, sweetness, and littleness when you draw close to it, even in its fragility and fear. Remember, sisters and brothers, Jesus is really saying that we are punished by our sins rather than for our sins. Human sin, failure, and imperfection is something to be wept over and pitied, not something to be abhorred or hated.

None of us know the wounds that every human being carries and why they do the things they do. As psychologist John Watson stated, “Be kind; everyone you meet is fighting a hard battle.”
— Richard Rohr adapted from Franciscan Mysticism: I Am That Which I Am Seeking and Eager to Love: The Alternative Way of Francis of Assisi (Original Post: Center for Action and Contemplation newsletter)

Fear Is Not Simply Something To Be Lamented, Avoided, or Vanquished

When we look at the world around us — our immediate world and the bigger world beyond — we see a lot of difficulty and dysfunction. The news we hear is mostly bad news, and that makes us afraid. It can be quite discouraging. Yet we could actually derive inspiration for our warriorship, for our bodhisattva path, from these dire circumstances. We could recognize the fact, and proclaim the fact, that we are needed.

Who are “we”? You and me and every one of us—each of us on this earth is needed at this time. Why are we needed and in what way are we needed? We’re needed because there are hundreds of thousands of billions of beings who are suffering. If even one small segment of us, one sub-community, took it upon themselves to live their life in a way that helped their families, their neighborhoods, their towns, and indeed the earth itself, something good would begin to happen.

Fear is a very timely topic now, because fear these days seems so palpable, so atmospheric. You can almost smell the fear around you. The polarization, fundamentalism, aggression, violence, and unkindness that are happening everywhere on the planet—these bring out our fear and nervousness and make us feel that we are on shaky ground.

The truth is that the ground has always been shaky, forever. But in times when fear is prevalent, that truth is more obvious. All this fear surrounding us may sound like the bad news, but in fact it’s the good news. Fear is like a dot that emerges in the space in front of us and captures our attention. It is like a doorway we could go through, but where that doorway leads is not predetermined. It is up to us. Usually when we’re afraid, it sets off a chain reaction. We go inward and start to armor ourselves, trying to protect ourselves from whatever we think is going to hurt us. But our attempts to protect ourselves do not lessen the fear. Quite the opposite—the fear is actually escalating. Rather than becoming free from fear, we become hardened. As our fear spreads within, it makes us harder and more set in our ways.
— Pema Chodron from Smile at Fear: Pema Chodron on Bravery, Open Heart & Basic Goodness

Who turns bitterness to love? Who changes
the poisonous snake around your neck to pearls?

The kind king who makes a demon a sweetheart,
who changes funeral to feast and blindness
from birth to world-beholding sight.

Who pulls the thorn from your palm
and puts a pillow of roses under your head.

For one, he kindles fire.
For another, the flames blossom
to eglantine around the head.

The same that lights the stars helps those
who cannot help anyone anymore.

What used to be thought of as sin
scatters off like December leaves
and disappears, completely forgiven.

Amen, says who-is-it, the joy
of inside and out. Like a fig,
this presence is all tasty.

A rapture that is physical strength
in the hand and the foot
and reality for the soul.
— Rumi from Bridge to the Soul 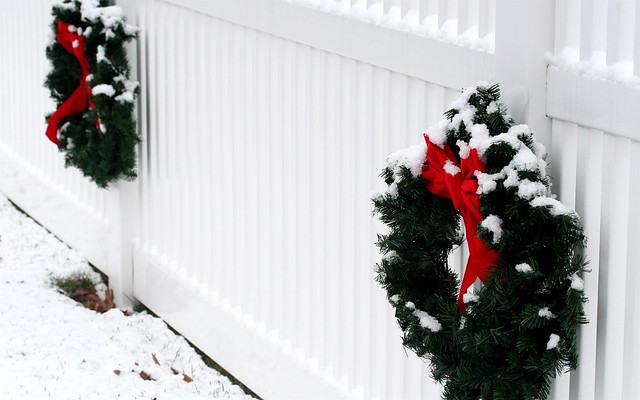 Join 1,411 other followers
Follow My Soul In Silence Waits on WordPress.com
The fruit of prayer is a deepening of faith. The fruit of faith is love, and the fruit of love is service. But to be able to pray we need silence; silence of the heart. And if we don't have that silence, we don't know how to pray.
— Mother Teresa from Where There Is Love, There Is God