The topic of Auschwitz has become part of mainstream culture. There are films, plays, novels, international conferences, exhibitions, annual ceremonies with the participation of the nation’s officaldom. The most striking example is that of the United States Holocaust Memorial Museum in Washington, D.C.; it has received more than twenty-two million visitors since its inauguration in 1993.

This may because the public knows that the number of survivors is shrinking daily, and is fascinated by the idea of sharing memories that will soon be lost. For in the end, it is all about memory, its sources and its magnitude, and, of course, its consequences.

For the survivor who chooses to testify, it is clear: his duty is to bear witness for the dead and for the living. He has no right to deprive future generations of a past that belongs to our collective memory. To forget would be not only dangerous but offensive; to forget the dead would be akin to killing them a second time.

Sometimes I am asked if I know “the response to Auschwitz”; I answer that not only do I not know it, but that I don’t even know if a tragedy of this magnitude has a response.  What I do know is that there is “response” in responsibility.  When we speak of this era of evil and darkness, so close and yet so distant, “responsibility” is the key word.

The witness has forced himself to testify. For the youth of today, for the children who will be born tomorrow.  He does not want his past to become their future.
— Elie Wiesel from Night

A Credo That Defines My Path

I belong to a generation that has often felt abandoned by God and betrayed by mankind. And yet, I believe that we must not give up on either.

Was it yesterday – or long ago – that we learned how human beings have been able to attain perfection in cruelty? That for the killers, the torturers, it is normal, thus human, to act inhumanely?

The answer, of course, is up to each of us.  We must choose between the violence of adults and the smiles of children, between the ugliness of hate and the will to oppose it.  Between inflicting suffering and humiliation on our fellow man and offering him the solidarity and hope he deserves. Or not.

I know – I speak from experience – that even in darkness it is possible to create light and encourage compassion. That it is possible to feel free inside a prison. That even in exile, friendship exists and can become an anchor. That one instant before dying, man is still immortal.
— Elie Wiesel from Open Heart

Of course, indifference can be tempting — more than that, seductive. It is so much easier to look away from victims. It is so much easier to avoid such rude interruptions to our work, our dreams, our hopes. It is, after all, awkward, troublesome, to be involved in another person’s pain and despair. Yet, for the person who is indifferent, his or her neighbor are of no consequence. And, therefore, their lives are meaningless. Their hidden or even visible anguish is of no interest. Indifference reduces the other to an abstraction.

Over there, behind the black gates of Auschwitz, the most tragic of all prisoners were the “Muselmanner,” as they were called. Wrapped in their torn blankets, they would sit or lie on the ground, staring vacantly into space, unaware of who or where they were, strangers to their surroundings. They no longer felt pain, hunger, thirst. They feared nothing. They felt nothing. They were dead and did not know it.

Rooted in our tradition, some of us felt that to be abandoned by humanity then was not the ultimate. We felt that to be abandoned by God was worse than to be punished by Him. Better an unjust God than an indifferent one. For us to be ignored by God was a harsher punishment than to be a victim of His anger. Man can live far from God — not outside God. God is wherever we are. Even in suffering? Even in suffering.

In a way, to be indifferent to that suffering is what makes the human being inhuman. Indifference, after all, is more dangerous than anger and hatred. Anger can at times be creative. One writes a great poem, a great symphony, one does something special for the sake of humanity because one is angry at the injustice that one witnesses. But indifference is never creative. Even hatred at times may elicit a response. You fight it. You denounce it. You disarm it. Indifference elicits no response. Indifference is not a response.

Indifference is not a beginning, it is an end. And, therefore, indifference is always the friend of the enemy, for it benefits the aggressor — never his victim, whose pain is magnified when he or she feels forgotten. The political prisoner in his cell, the hungry children, the homeless refugees — not to respond to their plight, not to relieve their solitude by offering them a spark of hope is to exile them from human memory. And in denying their humanity we betray our own.

Indifference, then, is not only a sin, it is a punishment. And this is one of the most important lessons of this outgoing century’s wide-ranging experiments in good and evil.
— Elie Wiesel from “The Perils of Indifference”, the White House, Millennium Lecture, April 12, 199. 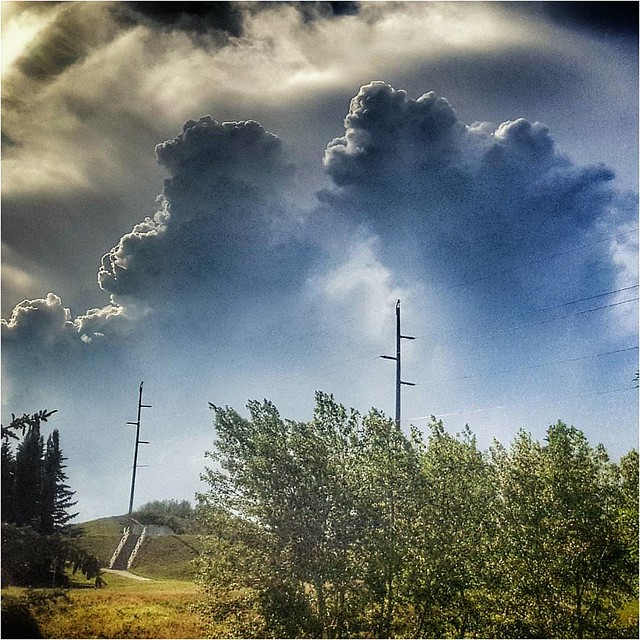