During my days of cancer, I felt such fear from all directions, including the well-intended but negative scenarios of all the doctors preparing for what to do when this would fall off or that would stop working. The only place I could retreat to was the moment at hand. No matter how painful, that moment, paradoxically, had the calm certainty of already existing. No one could puncture it or take it away. It simply glowed. And so, without any wisdom but out of desperation, I took refuge in each glowing moment, one leading to the next. To my humble surprise, each moment was a threshold to the sanctity that waits inside any circumstance. I discovered that each moment contains an ounce of eternal perspective that doesn’t eliminate what we have to go through, but which opens us to the stream of life that is always ready to carry us. And so, when weak and close to death, I learned that what we retreat to may at first be a refuge, but what we face and see our way through becomes a resource. I learned that authentic living begins with our acceptance of what we’re given. Then the light of the soul can meet the light in the world. In those hard-earned moments, we glow in all directions. I’ve been trying to understand the truth and glow of being human ever since.
— Mark Nepo from The Endless Practice: Becoming Who You Were Born to Be

Our Journey on Earth

To learn how to ask for what we need,
only to practice accepting what we’re
given. This is our journey on earth.

These are two eternal practices that bring us in alignment with the Unity of Life. At first look, they seem to contradict each other, but they are two sides of one paradox. Together, they lead us into the way of being called saying yes, through which we are returned to meeting life rather than hiding from it, to receiving truth rather than inventing it, and to joining with other life rather than pushing off of everything different from us.

While we don’t always get what we need, the reward for asking for what we need is that this allows us to be who we are. And the reward for accepting what we’re given is that we get to participate in the living Universe. Asking for what we need is a practice in being present and visible that lets us become intimate with our own nature. Accepting what we’re given is a practice in being present to everything beyond us that lets us become intimate with the nature of life. As a way of being, saying yes is the ongoing dance of intimacy between our own nature and the nature of life. Through a life of asking for what we need and accepting what we’re given, we feed the fire of our soul, which glows its brightest the moment our aliveness is ignited.
— Mark Nepo from The Endless Practice: Becoming Who You Were Born to Be

Being deaf, Beethoven could hear the music of the Universe, unheard by the rest of us.  The String Quartet No.  14 in C? minor, Opus 131, played without pause, seems to gather the slow and steady rise of the sun, mixing it with the unyielding turn of the Earth around the fire in its center.  He somehow weaves the discord of all the roots on Earth gripping further in the ground with the harmony of the winds that swirl through the mountains and over the oceans.  Within this is the slight pump of all the hearts stunned to be here.  Listening to a performance of this quartet, Franz Schubert, a contemporary of Beethoven, remarked, “After this, what is left for us to write?”

Completed in 1826, Opus 131 was considered groundbreaking, offering seven movements instead of the traditional four.  Beethoven’s compositions for string quartet rush players into dynamic and intimate relationship, the way we can only know the wisdom of experience through actual relationship, learning how to play the music of life together.

This is the inspiring lesson of Beethoven’s Opus 131: it mirrors the non-stop demand of life to have us make music of what we’re given, not knowing what will happen next.  Inevitably, having to play seven movements without pause, the instruments will go out of tune.  With no time to re-tune their strings, musicians have to adjust and improvise within the structure of the music.  In this piece, Beethoven insists on allowing both the harmony and discord of life to be present.  He challenges musicians to see the movements through, even out of tune.

Likewise, we are challenged every day to say yes to the movements of life, to see it all through, without pause, staying in relationship to the music of life and each other, adjusting as we go, not knowing what will happen next.  Yet even out of tune, this messy and magnificent practice, so essentially human, will let us hear—briefly—the music of the Universe being the Universe.  To hear this larger music while grinding out the smaller music of our lives is what sages of all traditions have called glimpsing eternity.
— Mark Nepo from The Endless Practice: Becoming Who You Were Born to Be 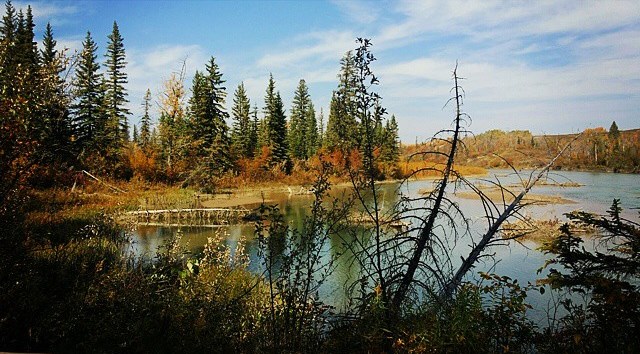