A new religious statue in the town of Davidson, N.C., is unlike anything you might see in church.

The statue depicts Jesus as a vagrant sleeping on a park bench. St. Alban’s Episcopal Church installed the homeless Jesus statue on its property in the middle of an upscale neighborhood filled with well-kept townhomes. Jesus is huddled under a blanket with his face and hands obscured; only the crucifixion wounds on his uncovered feet give him away. 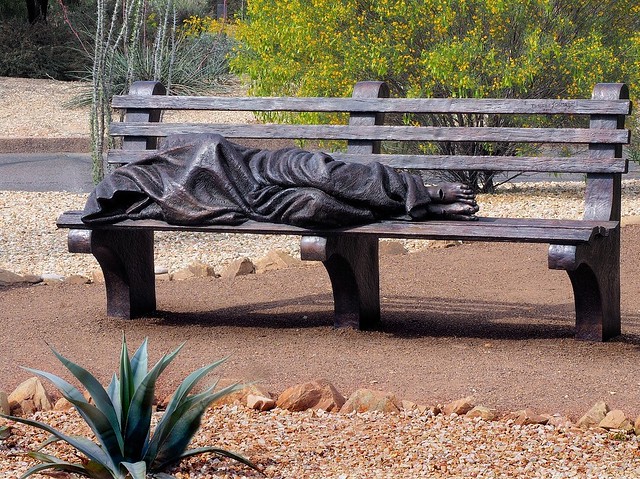 The sculpture is intended as a visual translation of the passage in the Book of Matthew, in which Jesus tells his disciples, “As you did it to one of the least of my brothers, you did it to me.”  The creator is a Canadian sculptor and devout Catholic named Timothy Schmalz. From his studio in Ontario, Schmalz says he understands that his Jesus the Homeless is provocative. “That’s essentially what the sculpture is there to do,” he says. “It’s meant to challenge people.”